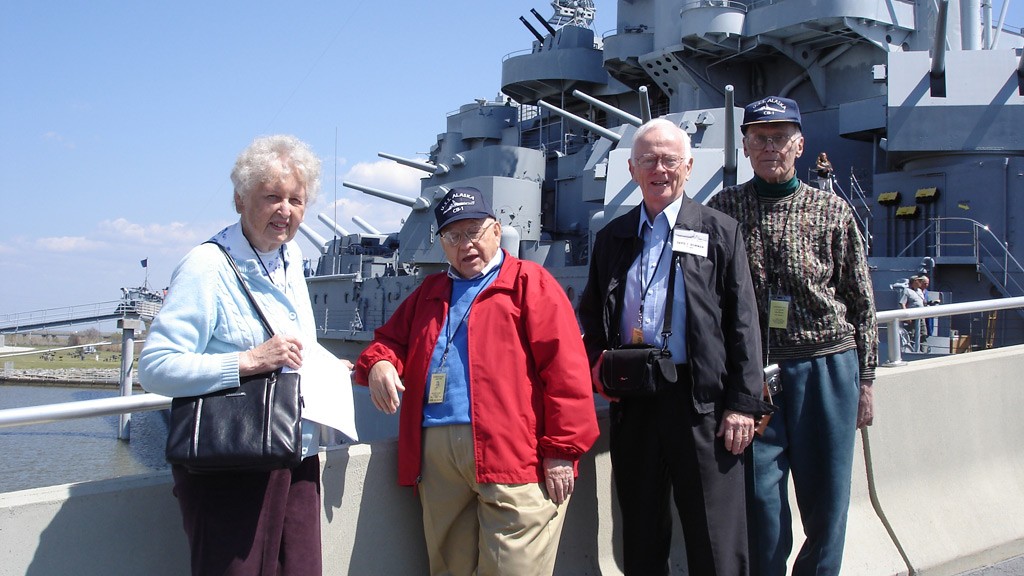 This 28th Reunion of the USS Alaska CB-1 was entirely organized by Jim and Karen Smith. It was most successful because of their efforts. It was indeed a great pleasure having Captain Noble’s son, Comdr. Thomas Noble with us. We also had some “first timers” with us.

Our first day was spent greeting people as they arrived. We had use of a beautiful multifunctional room to gather for Hospitality, Breakfasts, Meeting, etc.

You can view the photo album of this reunion by clicking here.